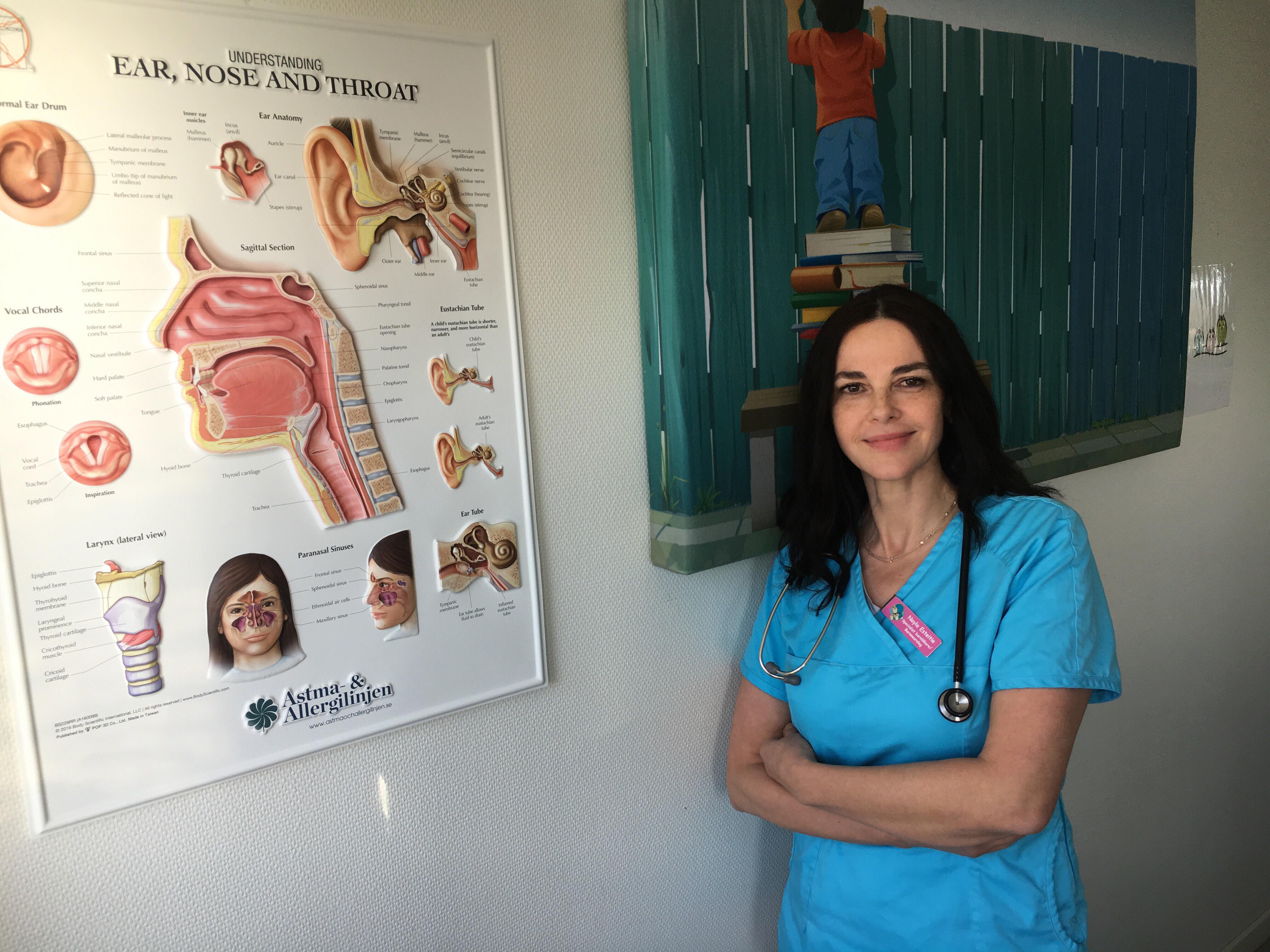 I was 16 years old when the civil war in Lebanon was at its worst. I can say that my love for medicine was born then. I worked as a volunteer and had to vaccinate children in the most vulnerable areas. I was taught by a doctor who treated the people that were affected by the war the most. As a little girl, I couldn’t have imagined picking pieces of a bomb out of people’s body parts. I witnessed the vulnerability of people and the fear before you die with my own eyes. That experience made me fight for my medical degree. I lived in a house with 10 siblings, so my parents could not pay for my studies in Lebanon. It meant that I would have to move abroad to start my path towards a career as a licensed doctor. It was also a challenge at the time to break free as a woman and start all over on your own in a new country. In the end I became a doctor, and also a wife and a mother of two daughters. My struggle continued by moving to Sweden and adapting to the Swedish system and culture.

After a serious trial I became a specialist in pediatric and adolescent medicine and I specialized in pediatric and adolescent neurology. You would think life had already put  enough strain on me, but apparently not. My husband and father of my children became seriously ill and we moved to Spain. At that time I conducted very interesting research on mitochondrial diseases and I was able to publish articles together with successful researchers at Karolinska Hospital in Huddinge. Unfortunately I had to leave the center as a cause of my husband’s disease and we moved to Spain. Once we were there, my husband passed away and we were faced with another ordeal. As a single mom I made my way through these difficult times in Spain together with my two daughters. When my eldest daughter decided to move back to Sweden after finishing her university studies in Barcelona, my second daughter and I also returned to Stockholm after ten years.

With my work experience in both private and public places in different countries, I felt that I wanted to ‘run something that was mine’. This one thought became a reality and my dream came true. Today I run the Children’s centre Solna BUMM on behalf of the Stockholm region, a medicine clinic for children and youth in Solna, together with my two daughters. We work as a team of 16 and treat children and young people between 0 and 18. We have a neuropsychiatric team that performs neuropsychiatric examinations and we work on the mental wellbeing of children and young people. It is so nice to run a clinic together with my family and at the same time direct the knowledge I have gained over the years in European and Swedish healthcare. I’m so happy that I’ve chosen this path and I love my job. I get most strength from my job and this way I can invest my  time and knowledge in others. If you yourself or someone else wants to become a doctor, don’t hesitate. You will have the opportunity to help others and influence society in a positive way.