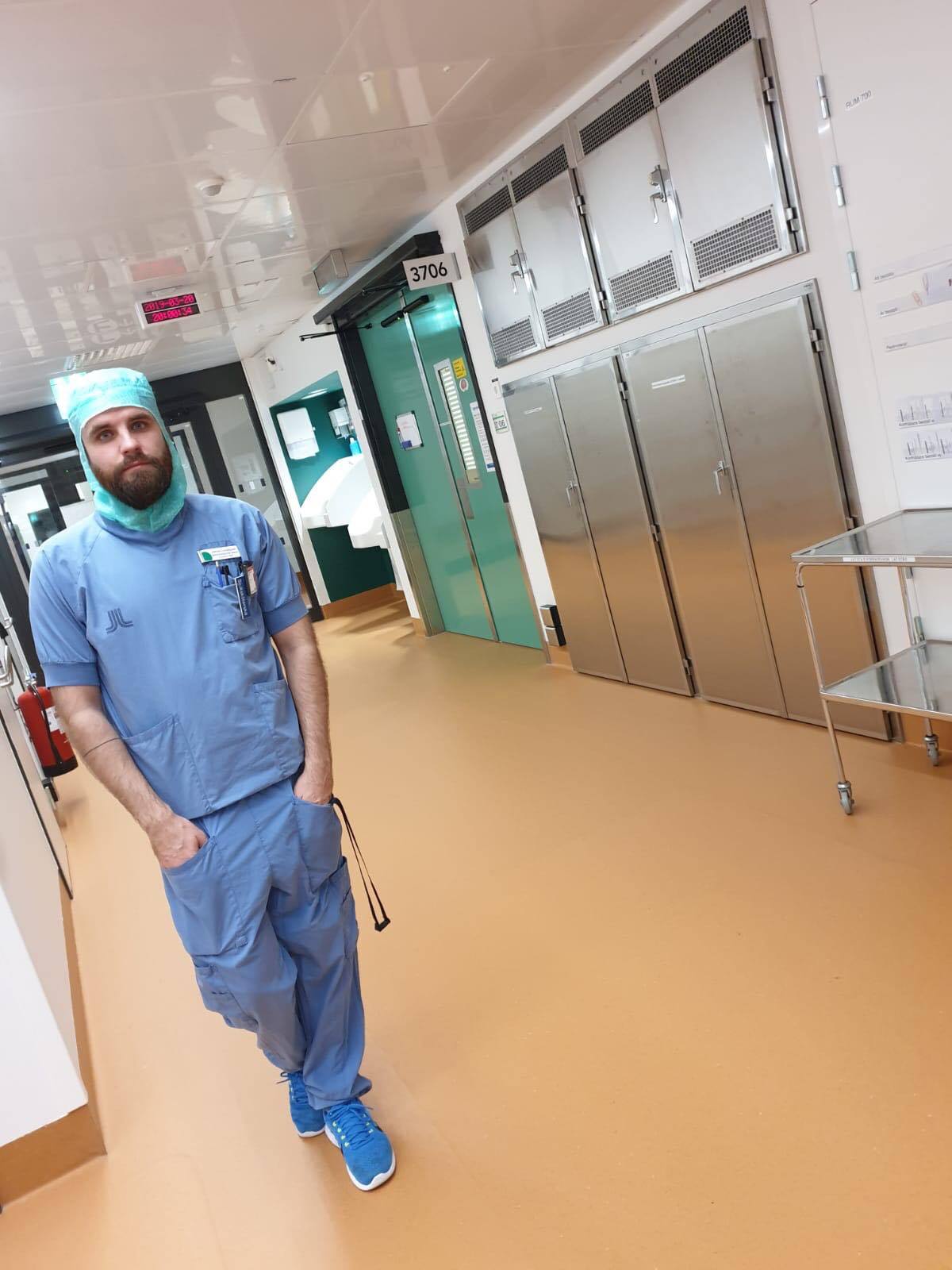 One case I often think about is really not that dramatic, but it’s more because of an emotional connection. I work as an anesthesia nurse at NKS neurooperation. There I came into contact with a patient who touched me deeply. This patient was in his 30s and they had recently detected a brain aneurysm, which means that the vessel wall in a blood vessel weakens and dilates abnormally, which in the very worst case can lead to a vessel bleeding and rupturing. Therefore they need to put him to sleep and have brain surgery. In many cases you can get rid of the aneurysm with the help of röntgen and platinum. A thin tube called a catheter is inserted into the body through the groin and into the brain. The catheter is then filled with platinum which fills the aneurysm and that way the aneurysm disappears. The patient was extremely scared and was emotionally unstable. He cried and had a hard time trying to relax. When you have to put a patient to sleep who is frightened, it does not feel good as a nurse.

The patient often wakes up in the same way as they were when they were put to sleep. The patient who touched me to tears had a really hard time letting go even though my colleagues and I did everything we could to make him feel safe and calm. But unfortunately we did not succeed. His expression when he was put to sleep is carved in my memory and I didn’t want to go home before he had woken up. Luckily I had the time to be with him when he woke up. The feeling of being able to say that everything had gone really well during the operation and at the same time seeing him smile, was absolutely fantastic. This is what I am passionate about – to meet people during difficult times and give them a glimpse of light in a quite dark and scary existence. Being part of such a crisis and hopefully being able to make a difference is emotionally very rewarding.