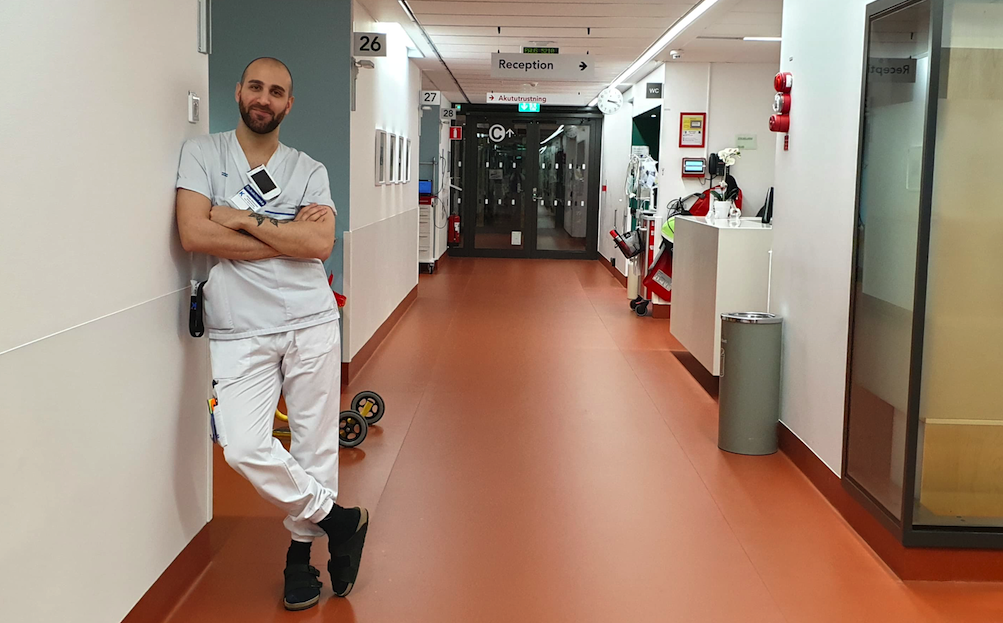 Working at the intensive care unit is actually exactly as it sounds. Intensive. The days can go from zero to a hundred. Most of the time dramatic things happen. Last week, for example, I took care of a man who wasn’t that old, who came in for a coronary x-ray. This means that you enter the wrist with a thin tube, which is passed further up to the heart. This is done in order to see if any of the blood vessels are clogged, so-called arteriosclerosis. You treat it with a balloon that fills with air and most of the time it will be fine. Unfortunately, this man was unlucky. During the actual x-ray, the man got a pulmonary edema and died because of it a couple of days later. This was only a procedure in order to prevent any heart problems, but it ended exactly with what we wanted to avoid. The whole thing became even more sad when we found out that the man’s wife was also ill, and she couldn’t say goodbye. Like I said, the people that work here are used to the fact that someone’s condition can change in a second. Exciting, but also a bit scary. The heart is like a heavy charged organ. It is noticeable in both patients and healthcare personnel. Many people are scared when the heart fails. The heart is, in a way, the most important organ, even though many organs interact with each other.