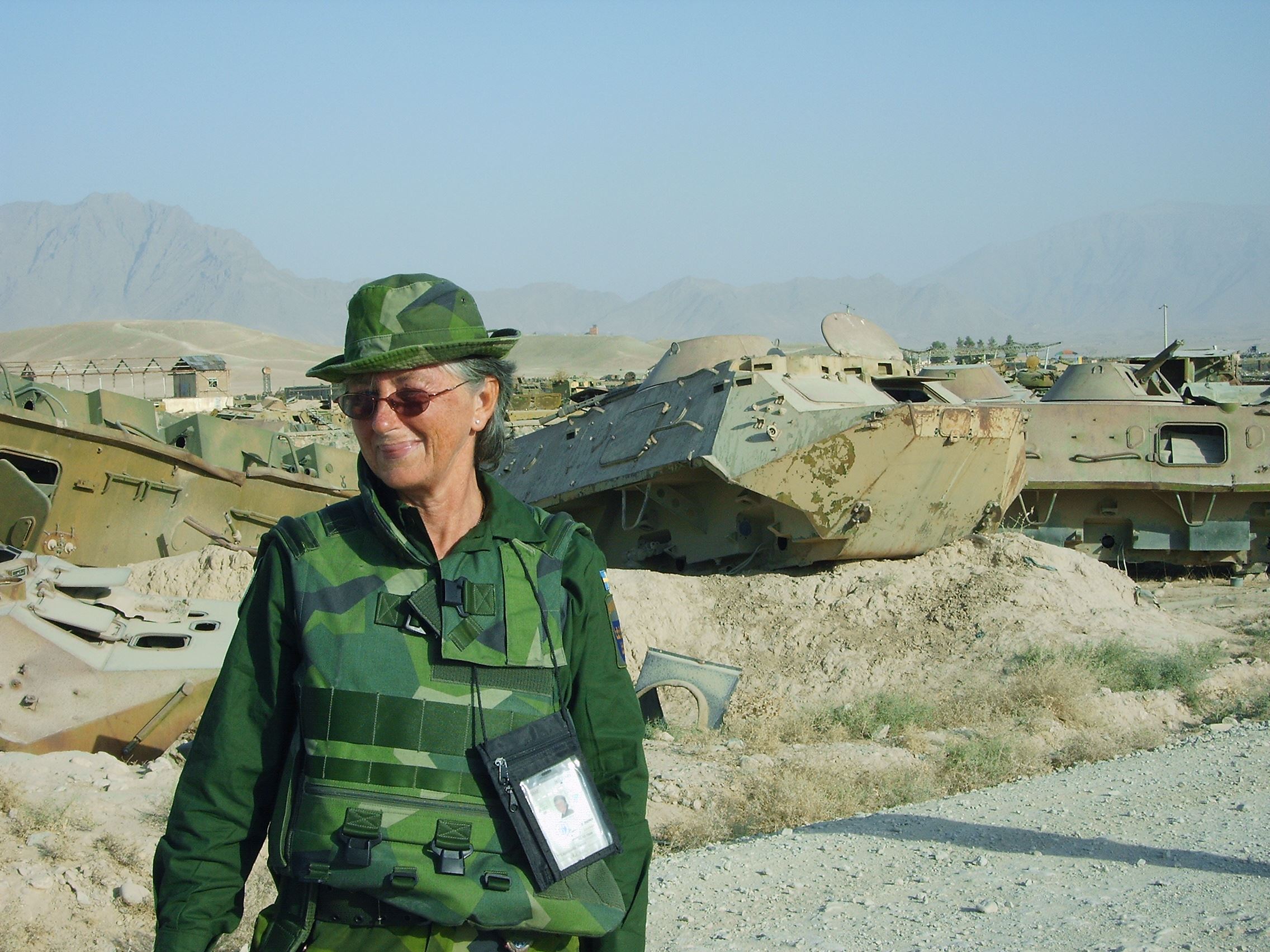 My father was a cinematographer who made many films, including ones about refugees in Algeria and Hongkong. In this way, I as a child became interested in other nationalities. I didn’t have that much self-confidence when I was young. I often felt ugly, fat and freckled, which made me think that no one would want me. I loved school however, and was actually good at it. It strengthened me and I thought: “If I become a doctor, I don’t think anyone will think it’s strange that I’m not married”. I became a doctor and got married too. Today I have a man, three children and I am probably the doctor that travels most in the army.

I ended up in the army because of a relative that wanted to get sport diving certificates and asked me to write a health certificate. I contacted a doctor specialised in diving to learn more and at the same time I took a course in anesthesia during war and peacetime crisis conditions. At that time, I already was a specialized anesthetist. During the course, I realized that war is the biggest crisis ever.  This was the start of a long collaboration with the Swedish army. In 1988 the Navy hired me as a diving doctor. Since then, I have worked in many countries that were affected by the war, including Afghanistan. There are, of course, many injuries related to the risks. I remember in particular a bomb attack in northern Afghanistan in which a Swedish soldier was seriously injured and transported down to Kabul for surgery.

Unfortunately he did not make it. I had to take care of his diving partner who had also come down to Kabul and I tried to give him some support. One thing I enjoyed during these years in the army is that I also learned to be a masseur. It is an excellent way to get people who are stressed due to trauma or “boat-sick”, to relax. Missing your family, not being able to hug someone without being misunderstood or not being allowed to show tenderness can result in a certain trust in healthcare, where physical contact is completely natural. The feel-good hormone oxytocin is released by skin contact and it has been fantastic to see how people have been able to relax. Wherever I’ve been, whether it was on a ship, at headquarters or on a mission abroad, I have offered massages along with relaxing music and dimmed lights. In Afghanistan they called me ‘the doctor with the golden hands’ and even other nations got to know about my massages. Now I am retired and a senior in a school where they teach SFI. There I help immigrants with the Swedish language and at the same time learn more Arabic. My professional life has been incredibly exciting and many ask me whether I have ever been scared. My answer is no, and that is because I trusted the team that I worked with. Finally, I can say that I am extremely grateful for everything that I have experienced.